Three profound changes over the past several decades have coincided to produce a dramatically altered landscape for early childhood development, service delivery and child-rearing worldwide.

Firstly, an explosion of research in the neurobiology, in behavioral and social sciences has led to major advances in understanding the conditions that influence children development and if they get off to a promising or a worrisome start. These scientific finds have generated a deeper appreciation of:

Secondly, the capacity to use this knowledge can now be enhanced constructively but has been constrained by a number of dramatic transformations in the social and economic circumstances under which families with young children are living:
1) marked changes in the nature, schedule, and amount of work engaged in by parents of young children and greater difficulty balancing workplace and family responsibilities for parents at all income levels;
2) continuing high levels of economic hardship among families, despite overall increases in maternal education, increased rates of under-employment, and a changing economy;
3) increasing cultural diversity and the persistence of significant racial and ethnic disparities in health and developmental outcomes;
4) growing numbers of young children spending considerable time in child care settings of highly variable quality; starting in infancy;
5) greater awareness of the negative effects of stress on young children, particularly as a result of serious family problems and adverse community conditions that are detrimental to child well being; and
6) the increase in the number of single moms and the continuing social pressures – during pregnancy and child rearing – coming from the mobile device usage of millennial mothers, as a result of which mothers sleep less and have less available time. Although in many cases it also allows for greater and faster information retrieval in moments of distress.

Thirdly, a major change in the environment at home with the presence of connectivity even in the most remote regions of the globe has allowed a series of services and valuable information to arrive in rural villages in Africa and Central Asia, and also in developed countries. This mobile possibility has had a profound change in peoples lives and behaviors, and it is now ingrained in the fabric of mothers, parents, caregivers and society, making services easier to find and giving the possibility to access information to the underprivileged. With the pervasive approach of the mobile device families and children both rejoice and suffer from effects it brings to the home, where it can be a comfort, it also takes time away from the kid and the impact that the siblings have on what their parents do and don’t as a consequence to his development. With the correct environment and actions, the central role of the mobile device can be brought to increase the benefits and tamper the deficiencies of this new ‘always on’ medium.

While any given child may be affected by only some of these changes, their cumulative effects on the 750 million infants, toddlers, and preschoolers, who are now growing up worldwide, warrant dedicated attention and thoughtful response.

As the knowledge generated by interdisciplinary developmental science has evolved and been integrated with lessons from program evaluation and professional experience, a number of core concepts have come to frame understanding of the nature of early human development, specially in early childhood:

Conclusions from many researchers from a rich and extensive knowledge base are firmly grounded in the following five overarching themes:

I work with kids for a living. Have done so for many decades in the unsuspecting area of multimedia software and I have noticed first hand the power of the first five years of development in children’s future. This article is a tentative revision for the ‘mobile world’ of Professor Jack P. Shonkoff, M.D.,  book “From Neurons to Neighborhoods” (2000) and his work at the Harvard University at the Center on the Developing Child. 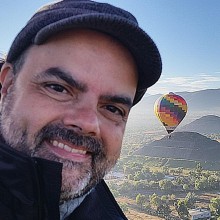 Co-founder and President of 18moons, pioneer of multimedia, start-up mentor and author. Is very passionate about the development of children.

Enter your email address to follow our blog and receive notification of new posts by email.

We're not around right now. But you can send us an email and we'll get back to you, asap.